For many decades the Galerie Heinemann, founded in 1872 in Munich, was one of the most important art dealers in Germany until its forced expropriation under the Nazis. In 1972 the family handed the business records that still exist to the Deutsches Kunstarchiv (German Art Archive) at the Germanisches Nationalmuseum in Nuremberg and the catalogues to the Zentralinstitut für Kunstgeschichte in Munich.
The object of the project was to make it possible to research information related to the purchase and sale of artworks through the Galerie Heinemann online, via an Internet database. Further information of this project can be found here.

The ‘Große Deutsche Kunstausstellung’ (GDK; Great German art exhibition), held between 1937 and 1944 at the ‘Haus der Deutschen Kunst’ (House of German Art) in Munich that was opened in 1937, was the focus of this research and digitalisation project. The ‘Degenerate Art’ exhibition, initiated by Joseph Goebbels, was held parallel to the first GDK exhibition in a gallery housed in a building flanking the Hofgarten (Court Gardens) in Munich. No other exhibition undertaking between 1933 and 1945 had a similar programmatic significance as the GDK which, as a ‘display of achievement’, was by definition aimed at showing the success of the Nazis’ art policy.
The object of the project was to create a virtual reconstruction of the GDK and, with it, an effective platform for analysing the art of the Nazi era.
Further information of this project can be found here.

The Adolf Weinmüller art galleries and auction houses in Munich and Vienna, 1936–1945

This research project examined the history of the ‘Münchener Kunstversteigerungshauses Adolf Weinmüller’ – the predecessor institution to the present-day Munich-based auctioneers Neumeister – within the framework of a public private partnership. The focus lay on the role played by Adolf Weinmüller in the Nazi art trade. After the Jewish art dealer Hugo Helbing was forced to close his long-established auction house in Munich in 1936 following a change in the law, Weinmüller opened the ‘Münchener Kunstversteigerungshaus Adolf Weinmüller’, that had virtually no competition during the years that followed, in Leuchtenberg Palais on Odeonsplatz. Among his customers were high-ranking officials such as Martin Bormann as well as influential colleagues in the art trade like the gallery-owner Maria Almas-Dietrich who targetted works of art as part of the ‘Sonderauftrag Linz’ (Special Commission Linz). Categorised as a follower in the denazification process, Weinmüller continued his profession after 1948 up until his death in 1958.

In the course of this project catalogues from the auction houses in Munich and Vienna that are available for research purposes at the Zentralinstitut für Kunstgeschichte (ZI; Central Institute for Art History), were digitalised by the ZI. In addition, as part of the joint international project ‘German Sales 1930–1945. Art Works, Art Markets and Cultural Policy’, digital copies of the Weinmüller catalogues from Munich and Vienna (1936–1945) were made accessible online.
Further information of this project can be found here.

As part of preparatory work for a follow-up project to ‘The Adolf Weinmüller art galleries and auction houses in Munich and Vienna, 1936–1945’, funded by the Arbeitsstelle für Provenienzforschung, a bundle of annotated auction catalogues was found on 18 March 2014 in a steel cabinet at the auctioneers Neumeister. This bundle comprises catalogues with hand-written annotations and personal copies made for all 33 auctions held in Munich between 1936 and 1945, as well as catalogues for 11 of the 18 auctions held in Vienna between 1938 and 1944. As a result, considerably more detailed information than before is now available on a large proportion of the total of 34,500 objects traded during this period. The importance of this find for international provenance research as well as for ongoing restitution cases can, therefore, hardly be overestimated.
Further information on the project can be found here.

The objective of this project was to investigate the provenance of a batch of 601 drawings and watercolours by Rudolf von Alt (1812–1905) and 16 watercolours by Jakob von Alt (1789–1872) that had been transferred in 1959 by the Treuhandverwaltung für Kulturgut in Munich to the Staatliche Graphische Sammlung, having ‘previously been in Nazi ownership’. The majority of these sheets was amassed by Martin Bormann (1900–1945) and his middlemen in Vienna, on Hitler’s orders, following the ‘annexation’ of Austria into Nazi Germany in March 1938. The ‘Alt Mission’ is, therefore, equally well an urgently necessary research project as it has been possible to identify several works as looted art – some of which have already been restituted. Further information of this project can be found here. 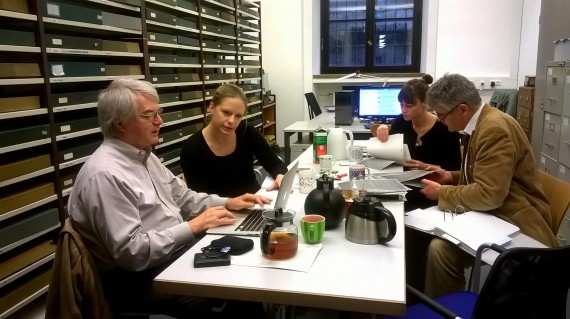 
The project aims at reconstructing the ‘Führerbau theft’ at the end of April 1945 and establishing an overview of the provenance, whereabouts and fate of the objects. This validated overview is to enable museums and collections to make targetted examinations of their holdings. In addition, Nazi confiscated art and cultural assets seized as a result of Nazi persecution can be identified with the help of such documentation.
Further information of this project can be found here.

Acquisition of the Photo Archive of the Art Dealer Julius Böhler 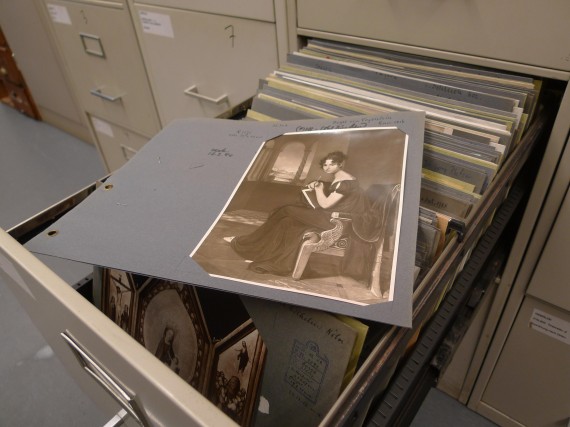 
The photo archive comprises some 11,500 images taken by professional photographers. It documents both artworks that passed through Böhler’s hands as well as their precise dimensions, techniques, materials, prices, provenances and literature, and even includes expertises and evaluations. As such it enables the identification of numerous artworks in private ownership on which precise details have been lacking to date or the existence of which was not even known. Above and beyond the field of provenance research, the archive opens up a range of different perspectives to be examined on the art trade and art market, changing tastes and economic and corporate history.
Further information of this project can be found here.

Books from the Library of August Liebmann Mayer, Seized as a Result of Nazi Persecution, now in the Library of the Zentralinstitut für Kunstgeschichte

In Paris in 1942, the Reichsleiter Rosenberg Taskforce (ERR) seized the private library of the Jewish art historian August Liebmann Mayer (1885–1944) who had emigrated from Munich to France in 1936. His library of specialist interest books was to be given to Hermann Göring. However, to protect it from air raids, the ERR had it stored in Schloss Kogl where it was found by the Americans and sent to the Central Collecting Point (CCP) in Munich. On 3 May, 1947, the CCP handed the books to the library of the Zentralinstitut für Kunstgeschichte that had just been founded at that time.
Further information of this project can be found here.

This research project is the first attempt to investigate the transfer of cultural assets in the Alpe Adria area in the 20th century. In an unprecedented transnational and collaborative way, it will engage a multinational team of scholars to analyze “Uses of the Past”, in particular historical and current conflicts of ownership, patrimony, and cultural heritage. Despite its regional focus, TranscultAA examines the very concrete and material results of a genuinely European history of transfer, translocation, displacement, confiscation, looting, and theft of cultural objects. More specifically, the project asks: Who transferred or translocated which objects in the Alpe Adria region, when and why? Which explanations (if any) were – and are – given? Which narratives ensued, and why? How do archival documents (from the region and beyond, produced by victims, perpetrators, and the complicit actors in the grey zone in between) help to understand these regional and, above all, national uses of the past? These issues have all been heavily charged by propaganda for political purposes.
Due to the specific characteristics of fundamental research, the collection, documentation, and analysis of archival sources plays a critical role, as only factual data have the power to overcome myths, legends, and, in particular, competing nationalist narratives. The project will also address and illuminate the complexity of the phenomena at a transnational level through analytic studies of the objects present or in transition on the territory at key historical moments. The consortium, composed of “principal investigators” (PI) from Croatia, Germany, Italy, and Slovenia, with associated partners in Austria, looks forward to this international research challenge, which traces not only the tangible movement of objects, but also their role as symbolic capital. Further information of this project can be found here.